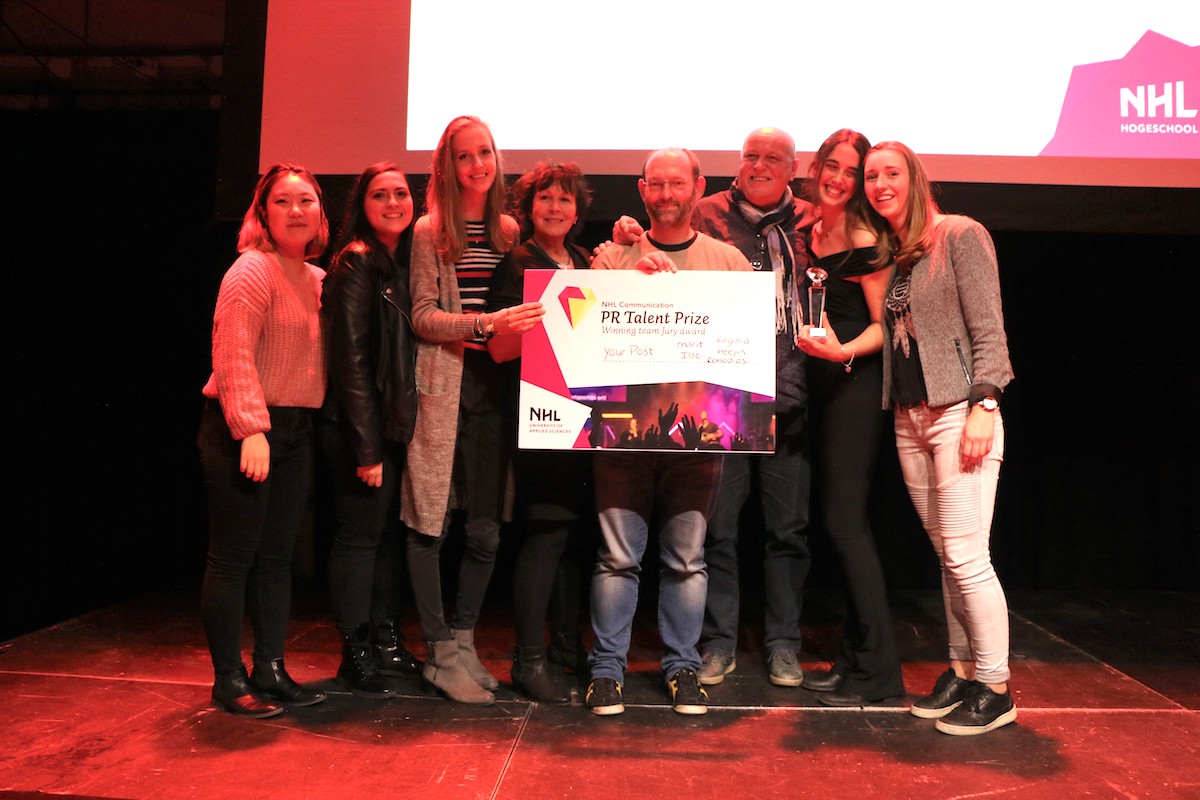 ‘How do you thank volunteers’? That is the winning theme of the PR Talent Prize 2017 of the communication course at NHL University. With a viral campaign for YourPost about volunteer work, communication students Ilse Betten and Marit Voogd from the Netherlands, Virginia Rignano (Italy), HeeJin Roh (South Korea) and Remedios Torrico Alcudia (Spain) won the first prize.

The students worked on a media production with the assignment to draw attention to the social importance of volunteering. Their winning production will soon be shown on YourPost.

The Audience Award went to a production for the Leeuwarder Courant about the indispensability of volunteers with the title ‘I can not live without you’.

Thirty media productions
Since Monday, over 200 (international) students have worked on over 30 different media productions. With the theme ‘PR through the eyes of the press’ they learned how media think. They made a production for six different Frisian media: YourPost, Leeuwarder Courant, Omrop Fryslân, Suksawat, De Grouster and Huis aan Huis. In the final in Neushoorn last night, students presented the best productions.

Award ceremony
The prize was presented by jury chairman Sander Warmerdam, from NOS.nl. He praised the winning production: “With their production, the students have made something that certainly has the potential to go viral. A remarkable way to thank volunteers for their efforts.” In addition, the jury consisted of Yvonne Bleize, director of Neushoorm and Patrick van ‘t Haar of the Friesch Dagblad.

On the photo the winning team, together with in the middle jury chairman Warmerdam and YourPost-editors-in-chief Piet Prins and Aukje Mulder.