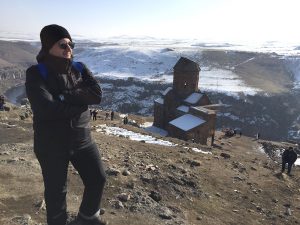 Go back where you come from! Well, of course that wasn’t the attitude of the Frisian people to the people coming from outside! But, to the bottles they bought from supermarkets.

I spent nearly 6 months in Leeuwarden and the things that I saw were quite similar where I was born, Istanbul. Especially, when you see and consider other far East or African countries, differences were quite small between Turkey and the Netherlands. However, in details everything was a whole different story.

Recycling system
Like the bottles and recycling system… As I could see, most of the Dutch people were keeping their plastic and glass bottles in a safe place after they use them and they were thrilled to bring them back to the supermarkets.This is not much of a big issue in Turkey. People usually just use and dumb their bottles to trash.

Quite organized
Although, the system that I saw in Netherlands was quite organized. First of all, bottles were sold to customers with a small amount of deposit. So, they can get it back when they bring them back to the recycling machines at the supermarkets.That was a win-win situation. In this way, bottles can recycle easily. So, both industry and world itself can be saved from many troubles. Also, for the people there are two things. First one is to get back the money they spent for and second one is the feeling of appreciation to help the world to renew itself.

Enthusiasm
That wasn’t the all for sure! People in the Netherlands were recycling not just their bottles but also every other thing that can recycle. Like: plastic bags, papers, vegetable and even garden waste! Can you imagine? For me the most important thing was to see people’s enthusiasm on this. They were doing this only because they want to!

System works greatly, people are happy and they care about the world. What else can you expect from a country? 🙂

(Evren Baba is working now for TRT World, an international news channel based in Istanbul. Photo is from Kars/Turkey. Just at the border between Turkey and Armenia.)