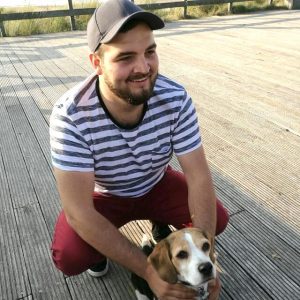 My name is Leo. I am a foreign third year student at NHL Stenden University of Applied Sciences in Leeuwarden. I was born and raised in the western part of Germany, an hour from the Dutch border. Moreover, my family is partly Dutch. Therefore, I had contact with the Dutch culture nearly all my life. I went to Callantsoog for holidays and ate massive amounts of Kibbeling and Vla. However, when I moved to the Netherlands, I recognized a lot of things, which were weird or special to me.

Monthly noises
Of course, there are the small things like the love for a chocolate-based breakfast, especially chocolate sprinkles, or the beautiful red bike roads, but that are normal clichés in Germany about the Netherlands. The first weird thing, I recognized very early. It was the first Monday of my first month after moving to Leeuwarden. I was attending a lesson at my university and suddenly an alarm went off. The weird thing was, that no one seemed to be interested in this alarm. The class continued as nothing happened. I was highly surprised and curious about what is going on. I mean, I have never heard an alarm like this in Germany before. Actually, the strange siren was the monthly test of the calamities siren. The Netherlands tests its air-raid sirens once per month, on the first Monday at noon, to keep the public aware of the system.

Strange Kisses
I noticed another unfamiliar habit, when I first visited the parents of my sister’s Dutch husband. When I met them for the first time, they kissed me on the cheek three times. I was a little bit surprised and I thought to myself, if I wrongly went to France instead of the Netherlands. They explained to me, that it is the usual way of greeting family and close friends. On the same day, I also learnt, that when it is someone’s birthday, you have to congratulate the entire family and not just the person, having birthday.

All in all…
These are just some weird or unusual habits, I recognized over the years. However, I really like this country and this city. Especially the open culture and social intercourse impressed me a lot. Everybody supports me and is friendly to each other and all the restaurants and bars are very well- frequented every single day. Due to the open-minded culture, I felt directly welcome and as a part of Leeuwarden’s messy city life.