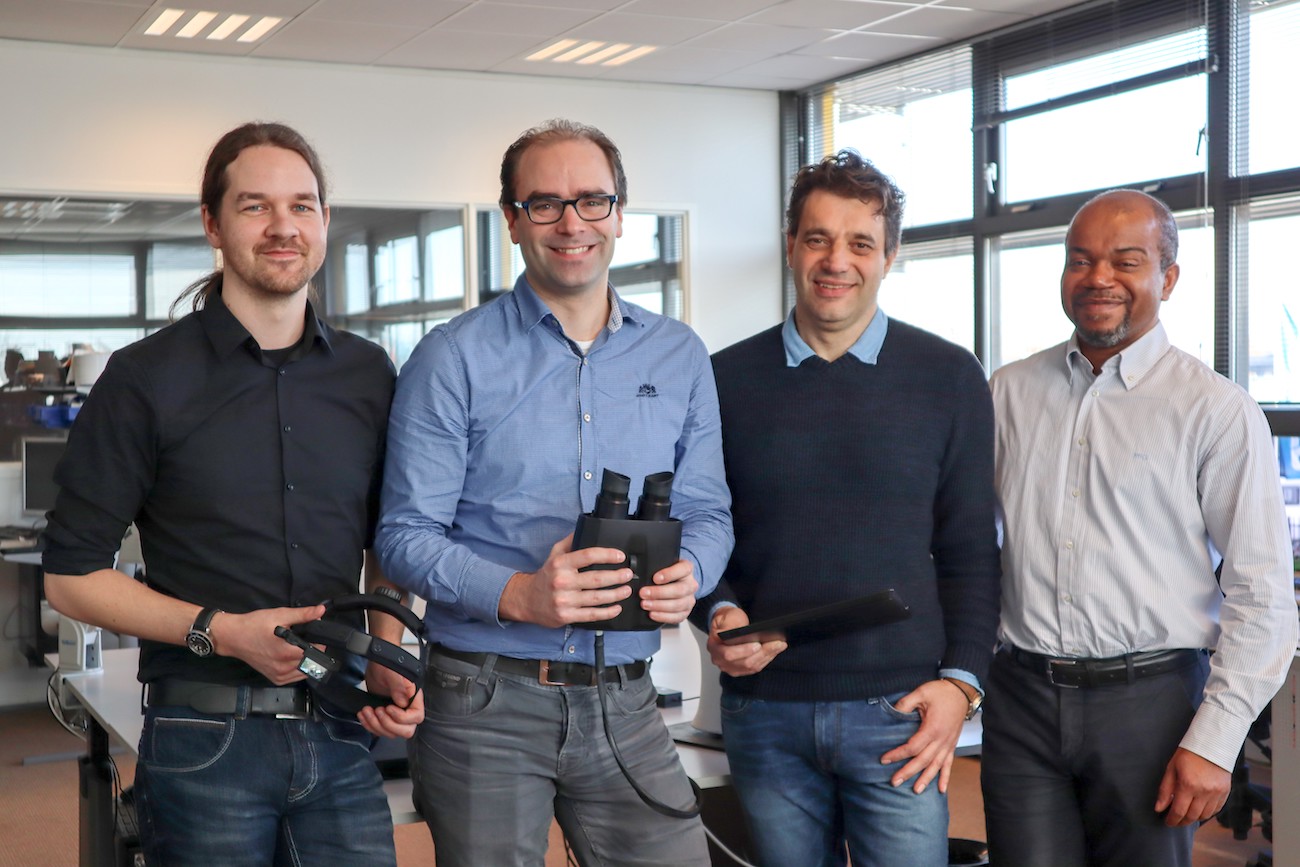 CIN-ergy is one of the finalists of De HET, the entrepreneur award of Leeuwarden. They are established in a from the outside unobtrusive building at Hemrik, but they have clients as far away as America, South-Korea, and the Middle-East.

Serious virtual reality
CIN-ergy is the only company in The Netherlands developing electronics and optics for augmented and virtual reality, enabling people to experience an entire different world, with applications for healthcare, military, and the air force. To make it somewhat more tangible for the layman, here are some examples: CIN-ergy makes microscopes with which surgeons can practice eye surgeries. And they on glasses with face-recognition helping detectives gain extra information about people walking around.

Vincent Graham was about 20 years ago a founding father of Cinoptics, located in Maastricht. Graham: ,,Very soon I saw there was a serious future for applications of virtual reality. I wanted to develop my own product and was looking for a company that could make matching electronics. Then I came in contact with Mario van Asselt, who was executing this in Leeuwarden.’’ In 2015, the R&D department in Leeuwarden became independent and known as CIN-ergy.

Confidentiality
Van Asselt is not surprised that CIN-ergy is not known in Leeuwarden. ,,We focus on other companies, in particular governments worldwide’’, he explains. ,,We don’t make a regular product. We look at what the customer needs, and how he wants to use the equipment. We design customized products, sometimes only a single copy. Globally, we are the only company that works this way, what makes us unique. In addition, we are also patenting. Not everything we do can therefore be made public immediately. And working for (foreign) governments brings the duty of confidentiality.’’

De HET
For De HET, CIN-ergy got signed-up by a local government official. ,,Two years ago she already decided for us to participate in the entrepreneurs-award, because we were so innovative with new technology’’, says Van Asselt. ,,I’ve always put that aside. Eventually she just signed us up.’’ Graham adds: ,,We feel very honored with this nomination. For us it is important to gain regional attention in order to attract good staff and to find cooperative partners. This nomination will help.’’

The voice of the audience
The audience is co-decisionmaker for the finals of De HET, and can vote on the Facebook page of De HET. From the 4thto the 19thof March, the voting is accessible. Why vote for CIN-ergy? Van Asselt: ,,Of all three companies in the finals, we are the most innovative, advanced, and unique with our product, worldwide.’’ ,,We can be proud that there is such a company in Leeuwarden‘’, Graham adds.