Since Leeuwarden is the European Capital of Culture 2018, different activities and events have been and are taking place in the city. One of the most special ones is the Oldehove Projections, organised by Lân fan taal, that is being carried out since February. Lân fan taal is an institution which goal is “to position Fryslân as an audience and knowledge centre for multilingualism” by giving language diversity a future.

What does it consist of
The Oldehove Projections try to show and embrace different cultures with a mix of language and animations that combined create beautiful art masterpieces. These projections are made by a trio, including at least a language artist and a filmmaker / video artist. Artists such as Herman van Veen, Rodaan Al Galidi and Tsead Bruinja have already shown their work, and now is the turn of VANTA.

The languages of the reign
VANTA is a trio formed by the singer Amber Nijman, the percussionist Vernon Chatlein and the artist of the spoken-word Juan-Carlos Goilo. Video artists from WERC collective and another surprise artist have also taken part in the project. In their work, they try to show the similarities between the oldest poems of the different languages of the reign: Frisia, The Netherlands, the Caribbean Islands (in English) and the Caribbean Islands (Papiamento).

Innovative and astonishing
I have seen other spectacles like this before, but none of them was as astonishing as this one. I have never experienced projections with live music, and it gives it a magic atmosphere. Through the imagery and the music, you feel transported to another place full of color, happiness and diversity. The whole square -including the Oldehove- becomes, for 15 minutes, a paradise. Everyone is involved in the story, and even I could not understand what the singers were singing or saying, I felt involved as well, as if I was part of it. With live music, beautiful scenery and brilliant images – projected on the old, leaning tower Oldehove -, this is a spectacle worth seeing.

When to see it
VANTA’s show will take place on the Oldehove until the 25thof November every Thursday, Friday, Saturday and Sunday at 20:00 p.m. The show lasts about 15 minutes, and is free. For further information, you can visit the website https://lanfantaal.com/project/life-sized-projections-oldehove/ 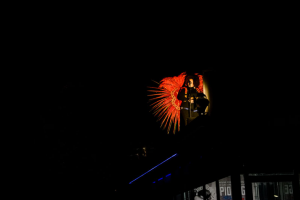 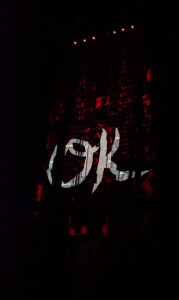 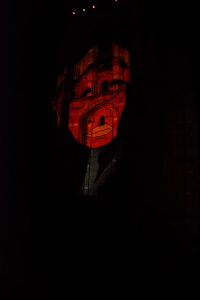 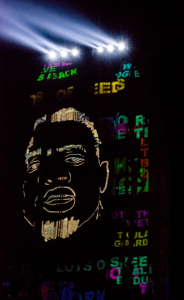