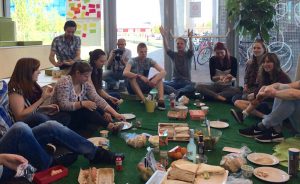 Spain and The Netherlands are two European countries with a lot of history in common. Nevertheless, when you are from one of that countries and visit the other you can notice than the differences two distinct cultures have, but also the similarities. Here we are going to speak about what differentiates and resembles these two nations.

First of all we speak about one of the obvious things, the weather. The sunny days and the good temperatures that there are in Spain you cannot find in The Netherlands, where it is cloudy or raining most of the winterdays. However, in both countries people love the sun and like to walk in the streets, enjoying the warm weather. 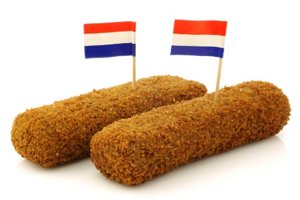 On other hand, it is necessary to mention the food and all the things that are around it. First of all, one of the most typical food in both countries is the croquette, kroketten (Dutch) and croqueta (Spanish). That food is made of a mix of several ingredients, usually meat, coated in egg and breadcrumbs, fried in plenty of oil and with oval shape.  The croquette is originally from France but it has become a typical food in both countries with a diference, the Dutch’s ones are bigger.

But, one of the most remarkable differences is the lunchtime. Usually in Spain, people have lunch around 14 or 15, it is the most important meal in the day, and have dinner too. Dinner is from 21 until 22:30. On the contrary, people in The Netherland have lunch around 12, eating most of the time sandwiches, and dinner time starts at 18.

To conclude interesting remark the social behavior and how the people are in these cultures.  Spanish people use a lot of body movements and sometimes speak loud while the Dutch prefer speaking more relaxed.

In relationship with the physical contact we can notice that when Spanish people greet their friends, they kiss twice, woman to woman and woman to man; between men they shake hands. In the other way, Dutch people always shake hands if they greet relatives or people who are close to them, they kiss three times.

To finish comparing both cultures we can talk about a topic in which both countries are on the top, the marriage between people of the same sex. The Netherlands was the first country in the world in recognizing the right to marriage to homosexual couples. Spain did it 4 years later, being the third one, behind Belgium.