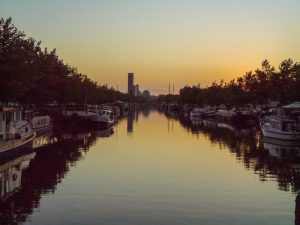 Did you know that Leeuwarden owns a beer history that goes back to 15th century? Leeuwarden is a city with many aspects, beer history is one of it – containing a beer law and the disappearance of its beer breweries. This history is revived and historical events are implemented in the beer rise of nowadays.

Beer war in Leeuwarden
Over centuries, the world population had wars about power, money and mineral resources. However, in Leeuwarden, there was a beer war. It began in 1487, when Leeuwarden established a strict law regarding the beer consume within the city. It stated that inhabitants were not allowed to drink beer, which was brewed outside from Leeuwarden. The aim was to protect Leeuwarden brewers from its Dutch competitors because they were unable to compete with them in regard of quality.

Water from the canals
In Leeuwarden, brewers used water from the canals, which had a strong impact on the beer’s taste. Especially in consideration of the water quality of the past. One day, it happened Haarlem’s kuit (mixture of herbs) beer was smuggled to Leeuwarden and was served to locals. People enjoyed the sweet sin, until they get caught, which was the bitter end. Once brewers figured it out, the police confiscated it and a huge fight raised in the city.

The disappearance of beer breweries in Leeuwarden
Some centuries later, breweries in Leeuwarden struggled again with challenges. In 1800, Leeuwarden counted more than 40 breweries and just 56 years later, there were only two breweries left. The decline was caused, due to the rise of tea and coffee as a public beverage, as well as the competition of western breweries impacted the dissapearance. Nine years later, only one brewery was left, called De Kroon aan het Noordvliet, which was then forced to close as well. This time, the breweries were not able to stand the challenges and Leeuwarden ended up with not even one brewery left. Discover in the next part of this series, how the Leeuwarden beer history inspired a local brewer.