LEEUWARDEN – Sinterklaasavond, internationally known as Saint Nicholas’ Eve, is a feast, celebrated on the 5th of December, that brings a warm atmosphere during the winter season. This feast is celebrated mostly in the Netherlands and Belgium and consists in a folkloric character, Saint Nicholas, who brings gifts to the children. In preparation, children put their shoes in front of the chimneys a night before and sing Sinterklaas songs. Moreover, they leave carrots and hay, in or outside the boots, for Sinterklaas’ horse.

This story is unique in its own way, as the folklore says that Saint Nicholas is assisted by helpers named Black Petes (Zwarte Pieten). It is said that these characters enter the houses through the chimneys to put the gifts into the children’s shoes. As a tradition, during this feast some people paint their faces black with red lips, dressing themselves in medieval clothes and having entertaining behavior.

However, this tradition brings a lot of criticism, as many people believe the celebration of Black Pete is racist. It is believed that this feast is disrespectful towards people from African descent, as this character would depict colored people as slaves.

From my perspective as a foreigner, I believe the image of Black Pete is only a harmless tradition, that is in the Dutch folklore for centuries. However, I understand the perspective of those who criticize it, but as any other folklore character, the idea of Black Pete is used to illustrate the diligence of the character, as he was the one to climb through the chimneys and offer the gifts. Therefore, due to the ashes and soot in the chimneys, people associate the black color on his face with the race. This association is not because of the feast itself, but because of people’s prejudices and judgements, thus transforming this celebration of winter and happiness into ludicrous criticism.

Another reason that makes me believe this feast is inoffensive, is that many other folklore characters are illustrated by having a certain race and gender, an example being Sinterklaas himself, who is pictured as a Caucasian male. However, people don’t celebrate these feasts,  because they illustrate certain races or genders, but because of their innocence and messages of being kind to one another, to be happy and appreciate each and every one.

Therefore, the celebration of Sinterklaas and Zwarte Piet is an occasion of joy and happiness; especially for children, who, excited, prepare thoroughly by arranging everything for Sinterklaas’ arrival. This feast is unoffending, emphasizing the importance of being kindhearted and thoughtful as human beings. Therefore, Zwarte Piet represents the image of hard work, enthusiasm, and fierceness, becoming an inspiration for children. 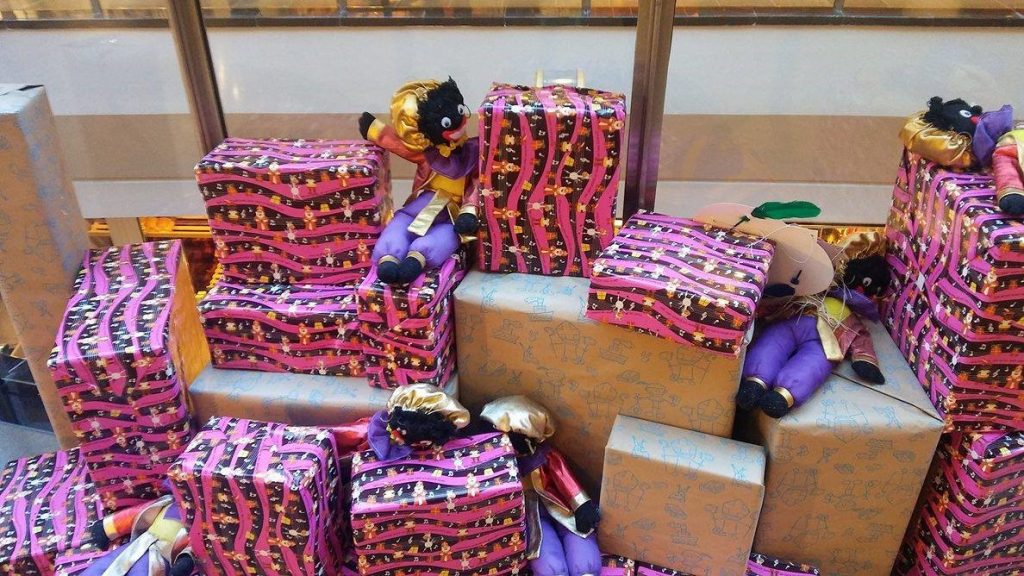