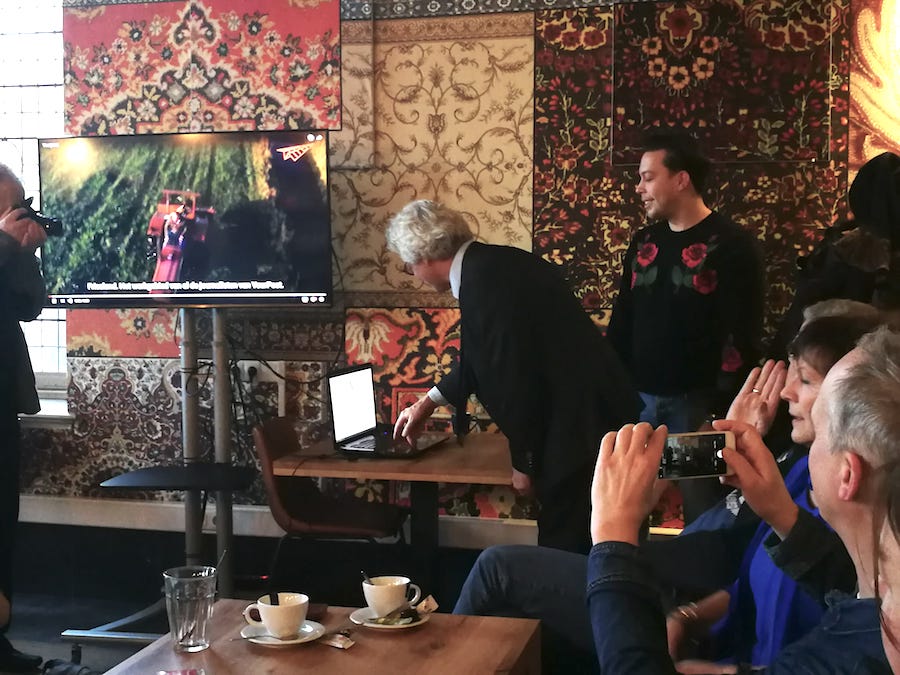 With the presentation of its own promotional film, YourPost, the online news agency for citizen journalism, had its own red carpet moment last week. Exchange students, guests of NHL Stenden and volunteers met at this cheerful gathering in the Kanselarij. With an enthusiastic speech, Mayor Ferd Crone also showed his interest. With the press on a button he started the video (see photo).

Website
The launch of the video also kicked off the cultural year for YourPost. The international editorial team has been making articles, videos and photos for a long time for their – now even more user-friendly – website www.yourpost.frl and social media. With the aim: to put Leeuwarden and Friesland on the map by telling stories – especially in the context of LF2018.

Different languages
Nearly a hundred NHL Stenden students and volunteers from the Netherlands and abroad have already contributed to YourPost. Some 250 articles and videos have already been published, not only in Dutch but also in English, German, Spanish and Italian. More productions in even more languages ​​will follow.